How to (co)generate a change of mood

Nuclear’s vital role in mitigating climate change is becoming more apparent, but recent studies of UK public support have shown that opinions are generally unfavourable and can be somewhat erroneous.

In March, the Institution of Mechanical Engineers published a study of public perceptions of nuclear power which found that only 26 per cent of 18 to 24-year-olds were aware that nuclear is a low-carbon source of energy. Support for nuclear in that age bracket was just 22 per cent.

And in September, Climate Assembly UK – a representative panel of citizens selected by civic lottery, rather like jury service – released its final report on the path to net zero. After briefings on sustainability issues from a string of experts, including members of the government’s advisory Climate Change Committee (CCC), just 34 per cent of the panel expressed support for nuclear power, with 46 per cent opposing. 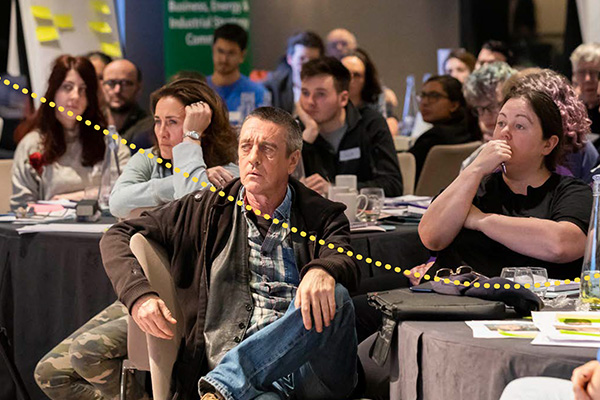 I was struck by the fact that the briefing on nuclear only considered its role in electricity generation, and not its potential for delivering zero-carbon combined heat and power around the clock, in all weathers. Also known as co-generation, this is an often overlooked and unique capability of nuclear power, a technology that harnesses heat energy which is otherwise wasted in electricity production.

As with most other power generation technologies, typically only around 40 per cent of the energy generated by a nuclear reactor can be converted into electricity. Most of the residual heat left after driving a turbine is wasted.

But with co-generation, more than 80 per cent of this heat energy can be reclaimed and used for processes which would otherwise require the burning of fossil fuels, or the inefficient conversion of electricity into heat.

This is a powerful tool to decarbonise human activities beyond electricity production, which could have profound ecological benefits.

The climate assembly panel considered the benefits of hydrogen as a fuel, with 83 per cent agreeing that hydrogen should be part of the energy future. Although the panel did express concerns about whether low-carbon production can be achieved, nuclear co-generation was not presented so was not discussed as a solution.

Current large-scale hydrogen production uses steam methane reforming which results in high emissions. Nuclear’s unique combination of reliable low-carbon heat and electricity would allow for much more efficient electrolysis than can be achieved with electricity alone. And co-generation with high-temperature reactors could allow thermochemical water splitting, a process involving only water and (carbon-free) power.

Nuclear co-generation can also help decarbonise the industrial production of concrete, steel and fertiliser. And in parts of the world where drinking water supplies are increasingly scarce, it can be used for large-scale desalination.

With further development, there’s also the potential for other applications such as storing heat decoupled from the reactor, then later using it to drive a turbine as a back-up for intermittent renewable generation. We could use nuclear co-generation to power the direct air capture of carbon dioxide, or to produce synthetic biofuels.

With a third of the UK’s non-electricity emissions coming from natural gas burned for heat, co-generation coupled with hydrogen-based fuels can go a long way to decarbonising industry and homes.

This summer, the CCC also released its latest progress report to parliament. Many applications of hydrogen were recommended, but mention of nuclear co-generation for hydrogen production was notably absent. The alternative discussed was steam methane reforming with carbon capture and storage, which will require significant technical development and may never achieve zero leakage.

To ensure such decarbonisation opportunities are represented, the nuclear industry needs to better communicate the environmental benefits of nuclear co-generation to the public and to policy makers.

Some ears are being reached. Other recent reports, such as the Energy Systems Catapult’s Innovating to Net Zero, include nuclear co-generation. It was also encouraging to see the Royal Society’s recent nuclear cogeneration policy briefing.

Public opinion of nuclear remains low in the UK. If the public are sceptical of nuclear energy, then politicians are less likely to support it – but a shift in public opinion can move policy. In 2017 in South Korea, a public vote overturned a government decision to scale back nuclear energy, with 60 per cent voting to resume construction on two stalled reactor builds.

The nuclear industry has been insisting for years on how safe it is, but is struggling to effectively highlight its vital role in mitigating climate change. I believe that presenting additional uses such as co-generation will help gain public acceptance of the technology.

In particular, the younger generation should be prioritised. They are the most sceptical, and they are the people who will lead the energy policies of the future. Changing their minds is unlikely to be done through lengthy reports or articles, so engagement must be on their terms.

Stepping up to the manufacturing challenges of fusion

Seizing the opportunities of the energy transition